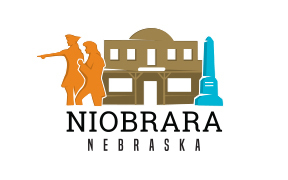 Niobrara village clerk Mona Weatherwax said that sales tax revenues were up 10 to 15 percent over the previous two tourism months of June and July. "We are significantly above last August," Weatherwax said, but noted that that was because last August was during the five-month road closure due to the washed out bridges west of town.