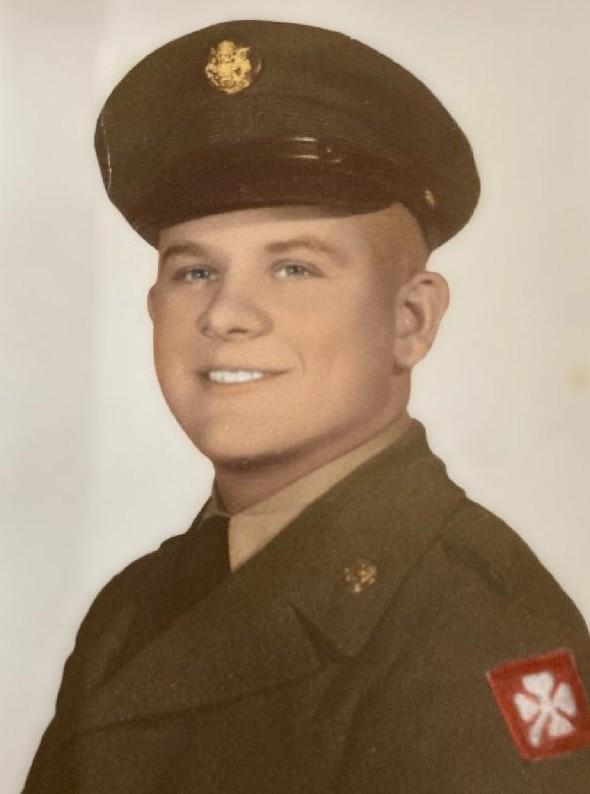 NOTE:  In our ongoing series called, “Veteran Stories,” this week we feature Norbert Francis Guenther, who served in West Germany from 1954 to 1956 with the 34th Field Artillery Armored Battalion.

Norbert Guenther was born on Feb. 4, 1935 to Casper and Anna Guenther. He had a twin brother, Norman, and ten brothers and sisters. Norbert attended St. Rose School in Crofton. In December 1954, Guenther entered the armed forces with the 34th Field Artillery Armored Battalion attached with the 9th Division. He served as a tank gunner, stationed in West Germany from 1954 until 1956.

During that time, the 34th Field Artillery and the 9th Division served a role in readiness and training in Germany. With the Korean War closing out in 1953, the Cold War was commencing. With tensions on high alert between the U.S. and Soviets at the time, West Germany became a strategic U.S. hotbed of military activity. West Germany’s position had solidified by this time as the third largest economy in the world, rising from the ruins of World War II. During Guenther’s service, he received his Sharpshooter citation and Good Conduct medal.

He returned home in 1956, and married his wife, Karen on Aug. 7, 1962 at St. Rose Church in Crofton. They raised their five children, operated a dairy and farmed north of Crofton for many years. Norbert stepped away from farming in 1985 and served as the Knox County Weed Superintendent until his retirement in 2013. He also worked at Stockmen’s Livestock Auction for several years in Yankton. He was a member of Crofton’s American Legion Post 128 and served on the Legion color guard for many years. He also served on St. Rose parish council. Guenther passed away at the age of 84 on July 31, 2019. He is buried in St. Rose cemetery.